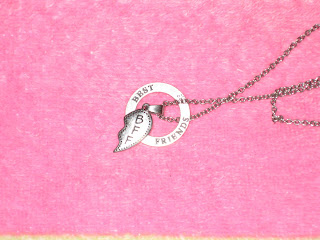 I learned back in middle school not to take someone else’s word for who or how another person is. Had I not learned that lesson early, and decided to choose my friends – or not – based solely on my own experiences with a person, I would’ve missed out on a friendship that was most important to me, the friendship that sustained me throughout most of middle school, all of high school, and college, too. Honestly, I can’t even say for sure that I’d be alive today if not for this particular friend, whom we’ll call Hillary.

Due to family problems, Hillary had been sent to live with extended family, the summer before seventh grade, which is how she ended up in our school district. She arrived at our decidedly preppy middle school with her hair parted down the middle and feathered, no makeup or jewelry, wearing an old concert T-shirt, and the wrong jeans and shoes – by “wrong” I mean that her jeans and shoes weren’t the same jeans and shoes that everybody else was wearing. And while I know that middle-parts and concert T-shirts are very stylish now, the fact is they weren’t considered stylish back then, at least not at our school – think Stepford-Wives-To-Be.

No, if you were a young girl back then, and you wanted to be accepted at our middle school, you started the day by parting your hair on the side – under absolutely no circumstances whatsoever did you feather it – you made yourself up to look “natural”, put on a tasteful gold chain, a top from either Ralph Lauren or The Limited, a pair of Guess jeans, and middle-school-approved shoes – which consisted of cute sandals, ballet flats, moccasins from L.L. Bean, or Tretorn sneakers.

Hillary didn’t have any of these things. What she did have was a brilliant mind and a sharp tongue, and she used them. Often. If her tongue didn’t get you, the rumor was, she’d use her fists.

Which is why I tried hard not to look at, and especially not to talk to the girl named Hillary, who sat next to me in Advanced English. I’d heard all about Hillary, and frankly, I thought she was a little scary. But when she talked to me, what was I supposed to do? I didn’t want to make Hillary mad by ignoring her – she might clobber me. So, I answered her – very politely. When lunchtime rolled around, and Hillary and I were mid-conversation, we naturally sat together in the cafeteria, so we could continue talking.

Soon, I counted Hillary as my very best friend in the whole wide world. I loved her, and for some strange reason still unknown to me, she loved me. We shared our darkest secrets, our highest hopes, and our smallest, most vulnerable dreams, not to mention approved middle school clothing, shoes, and makeup tips.

But looking back, I have to say that the most important thing Hillary and I shared was an unwavering loyalty to one another. Were we both deeply flawed? Yes. Did we make mistakes? Of course. Did we make great big glorious messes of our lives? You bet we did. Over and over again. But we talked openly and honestly about these things, called it like we saw it, called one another on all our crap, and at the end of the day, we understood and loved one another, right or wrong. And right or wrong, I never put up with anyone talking about Hillary, just like she never put up with anyone talking about me. In short, we had each other’s backs, and that is no small thing in the social war zones known as “middle school” and “high school”.

It’s no small thing to me today. I’ve learned that loyalty is rare and precious in any arena – middle school, high school, business and personal relationships – at any stage of life.

Hillary taught me that. She also taught me that you can’t take someone else’s word for who another person is, what they’ve done, or why they did it. You have to judge people based on your own experiences with them. (Yes, I know that we should never judge anyone, but face it: we do.)

Thanks to Hillary, I have friends I might have never given a chance, and I give those friends the benefit of the doubt, because they are my friends. When I can’t give my friends the benefit of the doubt, then I sit down with them, and I ask the questions I need to ask, directly. They tend to answer as I do – truthfully. And then, we move forward with understanding and without drama.

For me, avoiding drama simply means being forthright, dealing directly and honestly with people, and asking them to be direct and honest with me. It pretty much works. Which is good, because I am against drama. In a BIG way.

I’m cleaning up my website, which is a lot like cleaning up my room (translation: not that much fun) and I’ve realized that this little story, as much as I love it, can’t continue to have its own page on my new website. Well…it can, but I won’t end up with the pretty, well-organized room… END_OF_DOCUMENT_TOKEN_TO_BE_REPLACED

I couldn’t find a card I liked — I never can when I really need to! SOOOoooo, here I am, in the hope that this will do: Happy anniversary, with love and gratitude, to my husband who has — miraculously! — managed to put up with me for the past 15+ years, most of which… END_OF_DOCUMENT_TOKEN_TO_BE_REPLACED