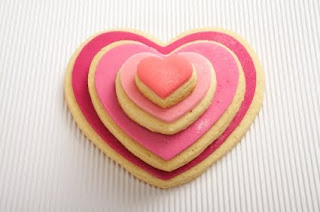 My second middle-grade novel, Lula Bell on Geekdom, Freakdom & the Challenges of Bad Hair, has been sold and will be published by Marshall Cavendish (http://www.marshallcavendish.com/) in 2012! Hallelujah!

It’s been a long, uphill climb – sometimes crawl – and although a great many people pushed, pulled, and otherwise helped me up the hill (Hi, Mom!) there are seven people without whom this novel never would’ve been published. (I’m not being generous here. It’s a fact.)

My husband, Mark, deserves credit for every book I write, because before he came along, it never once occurred to me that anyone – other than my closest blood relatives – might be willing, much less interested, to read my writing. Without Mark, I wouldn’t have dared to write any books at all. (And at this point, Mark probably wishes I hadn’t, because he’s forced to read and re-read every manuscript I write, over and over again! Sorry, honey – and thanks!)

Likewise, if my daughter, Laurel, had never said to me, “Well, I sure wish you’d write a book for people my age, so that I could read it…” I never would’ve even tried, never would’ve found my place writing middle-grade fiction. (Yes, she is also forced to read for me over and over again. The only difference with her is that I sit in a chair and stare at her while she reads my stuff – Mark would never allow this – actually, I would never allow this…okay, okay, no one else on earth would ever allow this! Laurel, you’re such a sweetie pie!!! THANK YOU!)

This particular middle grade novel proved especially difficult – probably because I was trying to share such a personal story – and I reached a point where I knew, absolutely knew, that writing it had been a complete waste of time. It wasn’t salvageable. I had nothing. Frustrated and upset, I, naturally, turned to the best, most brilliant writer I know: my father.

My father read the manuscript, three times, and then stayed up all night with me one night, talking the manuscript over page by page. I did everything he suggested, and it helped immensely, but still didn’t seem like quite enough.

Having worn my dad down, no doubt, he then passed me off to my sister, Sarah, who was impossibly patient, who read and re-read, and whose ideas I exploited shamelessly. (I am absolutely certain that deep down inside, Sarah is a writer; she’s a writer’s writer.)

If the book wasn’t publishable at that point…well, thanks to my father and sister, at least the manuscript had enough publishing potential that editor extraordinaire Kara LaReau was willing to lend a hand.

It is largely thanks to Kara’s belief in Lula Bell that literary agent Emily van Beek then joined Team Lula Bell. Together, Emily and I worked and reworked this manuscript, taking it apart, asking tough questions, and putting it back together again. When we were finally finished, Emily worked some more, to get Lula Bell into just the right hands – the most capable hands I can imagine: those of editor Melanie Kroupa at Marshall Cavendish.

So, a great big heaping helping of thanks, banana pudding, key-lime cookies, chocolate pies, ginger snaps, red velvet cupcakes, homemade toffee, and all the very best sweets, to my husband, my daughter, my father, my sister, Kara LaReau, Emily van Beek, and Melanie Kroupa! (I really think that thanks should be edible, don’t you?) 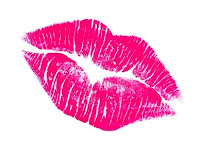