Guess what, friends? It’s Random Thought Thursday! (What? That is totally a thing. Because it’s my blog and I’m making it a thing. Today. It’s called Artistic License, people. Take some for yourself. Really. Go ahead. I don’t mind. What? It’s Saturday? Well, I’m calling it Thursday. Artistic License, I tell you. Stop being so difficult!) Okay, ready? Random thoughts, here we go:

1.) How did “cool beans” become a saying? For those of you who have never heard this saying, it usually goes something like this, “So we’re all set here? (Nod.) Cool beans.” What in the world could’ve caused the creator of this saying to say “cool beans”? Was this a camp fire situation? Were the baked beans too hot? Had someone’s mouth been horribly burned and permanently mangled while trying to eat beans? Were beans a major safety concern, followed by…say, s’mores?

Since I’m not a campy kind of girl, I reject “cool beans” as a saying. I’m creating my own saying. It’s “cool peppers”, as in “So we’re all set here? (Nod.) Cool peppers!” Isn’t that SO much cooler than “cool beans”? I know. Feel free to use it. Go forth into the world and spread the coolness, my friends! 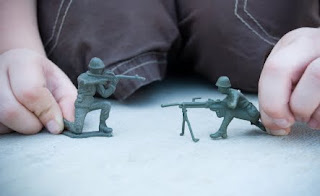 3.) Why do you think my daughter gets so excited when I’m about to exercise? She’s all like, “You’re going to do your exercise DVD now? Wait! I gotta get some potato chips! Don’t start without me!” Then, she sits on the couch, eating potato chips and laughing, like she’s watching the funniest show ever. Except I’m the show. And I’m not finding the exercise funny, or even fun. I’m not even smiling, not even a little bit. (I distrust people who smile while they exercise. I’m pretty sure they aren’t real people. I’m pretty sure that “people” who smile while they exercise are really alien life forms, masquerading as happy exercise people, so that they can lure us all into a life of…well…exercise – how awful!)

So there you go! Happy Random Thought Thursday! Saturday. Whatev.