Pour yourself a tall glass of sweet tea and settle in! You’re about to learn more than you ever wanted to know about C. C. Payne…

It seems as though a lot of people are asking me for writing advice lately. The first thing you need to know is that I’m not qualified to give writing advice — there are many far better writers than I!

I can, however, tell you a little about my life and how I came to be a writer.

To my way of thinking, the first and foremost thing a writer is, is a reader. Although I personally love reading, this wasn’t always true.

When I was in kindergarten, my teacher wanted to hold me back for being socially immature. Basically, she felt that I was too quiet and kept to myself too much–I still do. But my parents registered me for first grade anyway.

My first grade teacher thought that I was slow, so she put me in the slow reading group with other slow-learners and special-needs children. I thought that she was probably right, that I was dumb, and I grew to hate school. Even more, I really hated reading. I remember telling my parents one night that I’d decided to quit school. “In the first grade?” my father said. “What kind of job are you going to get if you quit school in the first grade?” Ah, but I had a plan: I said that I would teach kindergarten—after all, I’d passed kindergarten–barely! Of course, my parents sent me back to school the following morning. First grade never did grow on me.

But in the second grade, I had a very special teacher named Mrs. Saylor who saw something in me and encouraged me. She was also determined that I would be a reader, and she continued lending me books until we found the books I loved, and suddenly, I became a reader! (So, I don’t divide the world into readers and non-readers; to me, there are only those who’ve found the right books, and those who haven’t–yet!)

I’m still a big reader. And at this point in my life, I have to admit that almost everything I know, I know because I read it in a book: how to be a mom, how to cook, how to sew, how to plant a garden and build a pond, and yes, how to write.

Now I’d like to say that I always knew I’d be a writer, but the truth is that I lived most of my life without any idea of what I wanted to be when I grew up. In the third grade, I thought I wanted to be an orthodontist, so that I could fix my own teeth. (To fully understand my problem, see my third grade school picture below.) 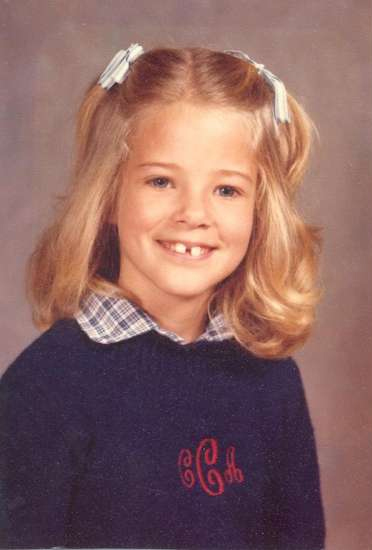 But once my teeth were fixed, I didn’t think about becoming an orthodontist anymore. I didn’t think much about anything; I was too busy reading! Before I knew it, I was grown up—and still didn’t know what to do!

So, I tried different things. By now I’ve had lots of jobs—some I liked and some I didn’t—but I was never passionate about any of those jobs, the way I’m passionate about reading and writing. And through it all, no matter what job I had, no matter how many hours I worked, I never stopped reading and writing. I wrote, not for fame or fortune or glory. I wrote without even the hope that I could make a living at it. I wrote just because I wanted to, because I had to, because deep down I am a writer.

Yes, yes, but when did I decide to become a writer? The short answer to that question is: after my grandmother, Ruth Lanphear, died. The longer answer is that my grandmother was a writer, a beautiful writer, but she put off most of the writing she wanted to do until later—she would get to it when her children were grown, when she was retired, when her husband wasn’t so sick—later, when she had more time, she would write. But she didn’t, because time simply ran out on my grandmother, and she died before she ever got around to writing most of the books she’d planned. (Below is a photo of my grandmother, Ruth Lanphear.) 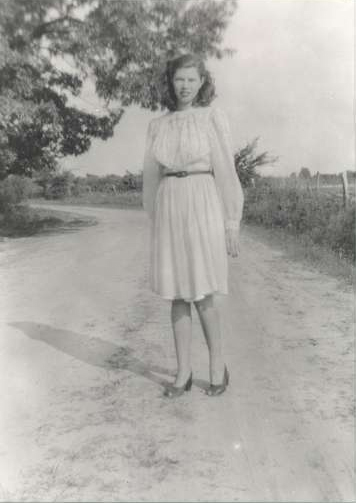 This is when I got really serious about writing—because I refused to let time run out on me like that. But because I was working full-time and then some, and had a young family of my own, fitting writing into my daily schedule was tough. (See my young family below. Left to right: me, my daughter, Laurel Grace, and my husband, Mark.) 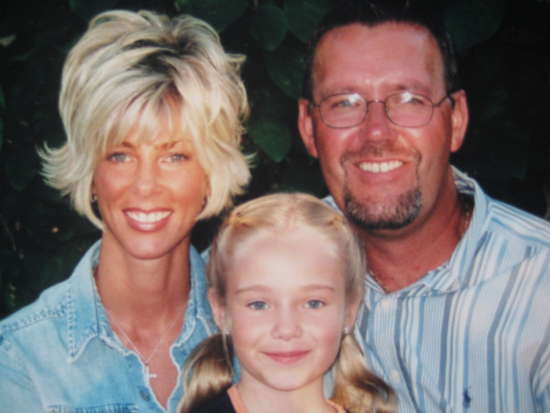 Now my writing schedule has changed, and I write during the day. But no matter what my schedule is, I write, every day, and I hold myself to a two-page minimum. I must write two pages every day. Some days might be better than others, and I might write six pages on those days, but even so, I get up the following morning with the same two-page-minimum.

Okay, but how did I know what to write? I didn’t at first. I wrote anything that struck me. Sometimes it was good writing, sometimes bad. For years, it was mostly bad–and I have the proof! I have literally hundreds of rejection letters from publishers and literary agents all over the country. But even so, I continued to write, and over the years, I got a little better at it. If there are shortcuts, I simply don’t know them.

Sheer perseverance and discipline–two pages every day, no matter what–eventually brought me to the attention of a small publishing house, where (miracle of miracles) I was plucked from the slush pile by a delightful and funny editor. I now have a literary agent as well, and although she never personally rejected me, I did receive several rejection letters from the very agency that now represents me!

So, if you want my best advice, here it is: Work hard at what you love, and don’t stop, no matter what!